Much has been in the news about the role of social media to spark and sustain the revolutions going across the north African/Arabian region. A small irony amidst the bloodshed and tragedy of a tyrant killing his own people is that most Libyans had to revert to overseas 1990s dialup to wield the power of 2010s social media.

Once connected – IF one could connect – Facebook became as much a means to disseminate news to the larger world as it was to reach out to like-minded local activists. In fact, over the last year or so Facebook’s programmers have been developing tools to clarify and simplify the ways Facebook can become a news source. How as FB developed itself to act as a medium to disseminate real news?

Small blogs to major media organizations focus on producing great content and surfacing it to the right people. Facebook Platform offers the ability to supplement this content by making the experience more social — allowing people to discover the content their friends and other readers most recommend and care about.

The sharing of content is, of course, what Facebook does so well. Nevertheless, in its first iteration, FB + Media did not seem to grab imaginations or journalists’ attentions.

But recently those same programmers announced the position of “Journalist Program Manager,” whose job description includes “Lead development of strategic programs and projects which help journalists use Facebook progressively as a reporting and distribution tool – Speak at industry conferences and partner events related to journalism and social media – [and] Counsel individual journalists on how to use Facebook.” 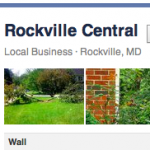 Perhaps the biggest move in this symbiosis is the move by Rockville Central (Rockville, MD) go entirely to distributing its news via Facebook and other social media on March 1st. The website will be orphaned and all new material will go straight to their FB page.

We don’t know necessarily what that will look like, but we are excited to see it emerge! This is a bold step for us, and, to our knowledge, there are no other Facebook-only hyperlocal community hubs such as ours. It is our next step in trying to blaze a trail.

Rockville Central has likely scooped itself, not to mention the rest of the world of community journalism. Will others follow the Maryland-based outlet?