The iPad was announced this past April, and for much of 2010 when anyone spoke of a ‘mobile computer,’ most anyone listening/reading substituted ‘iPad.’ What is striking about the iPad in terms of the history of Apple is that it is a device that largely created a market, rather than an Apple device that overtook a market (Think iPod: Apple came a few years late into the crowded MP3-player market, but has since dictated what that market looks like).  Can the iPad remain top dog in 2011, given the fact it was seemingly the only dog in 2010?

The success of the iPad comes in part from its ability to draw from (at least) two already proven successes: the super-light/instant-on MacBook Air, and the touch-screen/easy-installation-of-apps of the iPhone. But famously, the iPad didn’t do Flash for months (and Apple’s bowing to demand was not an enthusiastic one), and the Byzantine processes required to get one’s app into the iTunes App Store have also pushed the tech corporation to bend.

Perhaps the biggest challenger, according to a number of websites, is Samsung‘s ‘Galaxy Tab.’ Here is the video teaser (note the date at the end, which has come-and-gone).

HP is working on a ‘Slate’ for enterprise users. It will run Windows 7, which is a change from the original webOS, which is a change in the relationship between Microsoft and HP that has been, well, rocky. Whatever its final specs, the Slate does not seem to be destined for the general public, and might do fine even if it sells nowhere near the numbers that the iPad has reached. 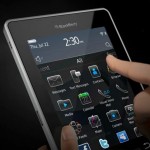 Blackberry/RIM have announced an imminent BlackPad, but here too original plans for release have been reworked both in chronology and specs. They have also discussed the development of the PlayBook for next year. Judging by mockup releases of the BlackPad, I confess (as an Apple enthusiast) I love the look of it – if I ever get to see it in real life…

So there will be competitors in 2011. They will draw on what they can learn from Apple’s efforts, but they will also need to come up with something new. Will such tablets/pads grow larger? Smaller? Camera? Video?

According to TabletPCManufacturer.com, the biggest gripe about the iPad is the lack of video conferencing, which could offer an opening for other companies. So could ease of printing from the mobile device (It can be done, though extra apps are required. This blogger has found it an irritating shortcoming that kept me from fuller devotion to my iPhone). Indeed, the business community writ large seems not to be in the sights of Apple’s designers and software developers. Finally, opportunity to use SD memory cards seems an easy adjustment for any hardware manufacturer (something Apple easily and rather quietly added to its iMac desktops).

So there are doors of opportunity in the tablet/pad market for 2011. Who will knock on it? Who will open it for consumers and businesses and philanthropic organizations? 2011 will tell. Rest assured Apple is working on a new iPad as well, even if what we know about it remains at the level of rumor.

However you accessed this blog this week, however you will access it next year, we wish you a joyous, prosperous, and healthy 2011!