Shut down your machine!

The Ford Motor Company did not require the same sorts of bailouts that the General Motors conglomerate did last year. Its family-run structure likely kept its owners, managers, and designers on their toes because they had their own ‘skins-in-the-game.’ Now TreeHugger.com posts a story about how the company went ahead and saved another cool $1.2 million by, uh, turning off the computers at its headquarters at night and on weekends. The decision is rewarded thusly, according to TreeHugger: “By centrally controlling the power settings on the company’s computers, they are saving an estimated $1.2 million annually and keeping between 16,000 and 25,000 metric tons of CO2 out of the atmosphere.” 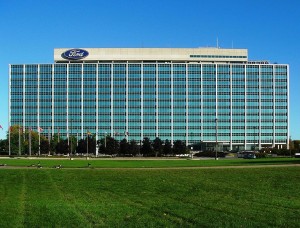 The car company had other suggestions and directives for the employees (depending on whether the improvements came to corporate property or their own). These included:

• Enable power management settings on computers and monitors so they go into “sleep mode” when away or not in use.
To maximize power savings, EPA recommends setting computers to enter system standby or hibernate after 30 to 60 minutes of inactivity.

TreeHugger.com admits these are not particularly new suggestions. But they bear repeating and they do not require significant investment in anything more than tweaking computer settings and changing light bulbs. But seriously. Did you hear the one about how many environmentalists it takes to do that?

Editorial: Yours truly has spent a couple of decades in the world of higher education (on both sides of the desk). In recent years, as the green movement has swelled, especially among the college crowd, I have wondered why on earth universities do not give work-study jobs or scholarships to engineering students to create a few ‘master switches’ that could kill some 70-80% of the lights I see on in bathrooms and classrooms as I head out in the evenings.

Insane amounts of light are left on by faculty and students who might also be assuming another class is on its way into the room. Many of my classes in recent years have been in the evenings, at both larger state universities and at private colleges. The waste is similar in scope, if not in absolute scale.

Worse, new buildings do not have this technology either, as far as I can tell from my experience. Even if a faculty member assumes a class might follow his/hers, custodial colleagues or those like me teaching at night, could easily trip a switch that would cut back on electricity, and CO2, and costs for the school. Obviously the buildings should not go dark. But surely schools are training the scientists and engineers who could create such circuits at minimal cost and maximal savings.

For now, kudos to Ford, and may others follow suit.