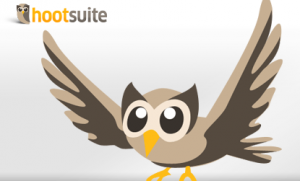 Sometimes the power of Twitter is that people use it in real time to report global events. Sometimes the impact of Facebook comes from our ability to post in-the-moment reactions or thoughts to evens as they unfold. We have often noted the power of social networks to spread information, draw in donations, and call passive supporters to action.

But the fact of the matter is, in the nonprofit and charity universe, immediacy is only occasionally a concern. Mostly, what we want is a sustained (even if rather briefly) campaign of advertising events, calling people’s attentions to a concern, and/or encouraging participation in fundraising, political action, and the like. Who wants to break up their day every few hours to remember to send out those announcements to their followers? Not me, and probably not you.

A fabulous, free, tool to automate and schedule that process is HootSuite. It has been around for a couple of years now, but its value seems really to have become evident to organizations in the social-good economy over the last few months. We want to introduce some resources to get you and yours on board with this great tool.

What the online ‘Social Media Dashboard’ does, is connect you to your social-networking accounts from one interface. HootSuite will not establish your Twitter, Facebook, LinkedIn, MySpace, WordPress… accounts. But once you have whatever combination of those accounts your organization is using, you use HootSuite to sit in one virtual space and decide which posts go to which networks, and when – and how often (a personal favorite).

Dean Rieck, on his Direct Creative Blog, explains some of the strategies that helps him keep his social-network work to about 20 minutes a week. In that twenty minutes he can prep two or three updates on his company’s Facebook pages through the week, and establish a series of tweets about his company’s projects, about events relevant to his Twitter followers, and comments about recent developments in his field.

HootSuite even has developed plugins for Firefox and ways to get similar convenience in Windows Internet Explorer. For the mobile user, HootSuite will integrate with the Android, BlackBerry, and iPhone. With these plugins – and we speak from experience – you are a button-click away from posting (or scheduling a post) something you have found on the web that will be relevant to your community. Really: one button-click away from posting to whatever combination of networking sites your organization is using.

To give you a visual guide to establishing your HootSuite account (Again: you must have information from each social-networking service you are using before you can tie them together in HootSuite), watch this two-minute video from Justin Lukas Savage on CoachRadio.tv and DailyMotion:

The ease of the HootSuite dashboard, once you spend a few minutes linking up your organization’s social-networking accounts, belies its power to help you use your online-outreach time efficiently.

The Challenge: Many of our clients require videos as part of their on-going strategic marketing campaigns or as one-off pieces to be used at fundraising events such as galas and benefits. Our Solution: We work with our clients to develop a narrative, develop a storyboard, and create a video that is appropriate to the audience […]