EXPLORE OUR WORK
You are here: Home / Archives for Ryan Seacrest 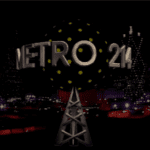 The Challenge: Neighborhood Housing Services of New York City was dissatisfied with the lack of a coherent marketing communications kit outlining all of their programs and outreach their organization provide. They needed a compelling solution for stakeholders and for the general public at large. Our Solution: We worked with NHSNYC to develop a number of […]