EXPLORE OUR WORK
You are here: Home / Archives for Wall Street

What a difference a year can make – not always for the better, mind you. But in today’s post we see grounds for optimism when it comes to the development of social networks and of social movements through those networks as they force political and economic change. Last fall we wrote about the incisive and […]

Steve Gurney posted information about the latest MetLife/National Association of Home Builders study to the ProAging blog recently. The report should be essential reading for any organization or consultant involved in the provision of goods and services to the 55+ demographic. Steve states that “the study analyzes where 55+ household owners live, the characteristics of […]

The clocks fell back a few weeks ago. We have seen political power shift yet again in Congress. We are out of the Great Recession, though only Wall Street bankers seem to be enjoying the economic ‘growth.’ And Facebook has developed an email service that seems to be about ending email as a viable service. […]

As has been reported over the last week or so, and touted to little effect by Democrats seeking (re)election, the US Economy officially came out of recession in July 2009. What has also been reported, and touted to better effect by Republicans, is that unless you are a Wall Street banker, you might not have […]

The release of the government’s jobs report this past week was cause for about as much speculation as Apple Inc.’s World Wide Developers’ Conference is this week. And just as people pretty much knew about Apple’s fourth-generation iPhone weeks ago, so people were pretty sure what the jobs report would look like before it was […]

Image via Wikipedia The mortgage bubble that Wall Street players were puffing up and were betting would break has, of course, brought down almost everything else with it (save investor bonuses). The fallout was one of the many catalysts for the sweeping political change of the elections of 2008. One of the loudest political debates […] 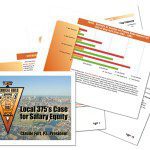 (Adapted from an article by Rebecca Kirkman, @TowsonU) “Just Another Day: How to Survive an Active Shooter Event on Campus,” a public service video from the Towson University Police Department and Office of Public Safety, has been viewed on YouTube more than 2.5m times since it was released in mid-August, 2018. The 12-minute video makes […]