EXPLORE OUR WORK
You are here: Home / Archives for Application software 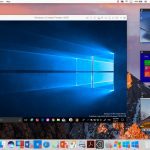 (This is a repost of an article that previously appeared in 2012) Last week we introduced the idea of virtualization and how you can run Windows programs on an Apple laptop or desktop. Virtualization goes the other way as well, but who would want to run sleek OS X software on a clunky Windows machine?! […]