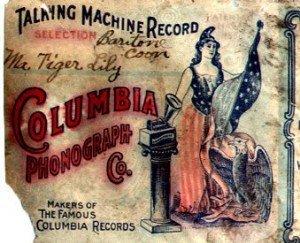 O Liberty…! is it well
To leave the gates unguarded?
Thomas Bailey Aldrich

Which, in its own small way, is what the computing/network cloud is doing for us now. As we approach this Independence-Day Weekend, we wanted to touch on a couple of recent trends on the discussion of cloud computing. First, we must face the fact that those who want to steal from us in the cloud do not have the upper hand, but they do have too much freedom to take what they want.

The New York Times op-ed for 29 June pointed out that though moving accounts and information to the cloud is ultimately the way forward, hackers, criminals, even rogue elements within governments can easily scour that same network for supposedly ‘protected’ material. Early adoption by many companies has not been commensurate with security measures required for that adoption:

Companies and the government are unprepared. Citigroup didn’t track patterns of activity on its credit card site and failed to notice immediately when hackers took data on more than two million card users, said Avivah Litan, a security expert of Gartner. Sony didn’t encrypt the data of users of its PlayStation network — phone numbers, passwords, e-mail addresses and account histories.
Recently, for several hours, Dropbox, a popular service for storing documents and other files in the so-called computing cloud, allowed anyone to log into any of its 25 million user accounts using any password. The company tried to keep the glitch quiet but was exposed by a security researcher. No wonder concern about Internet security from Americans has jumped sharply in the past few months.

For most of us, our experience thus far in/of the cloud comes from our music, which has been heading cloudward since Napster of the early 1990s. When it comes to music in the cloud for the user, the dangers are not as striking as with our credit cards. What might be in the offing in the near future?

Music critic Jon Pareles of The Times ambivalently awaits the day all his music is cloud-borne, even as he is not quite ready to part with the ‘overfull floor-to-ceiling shelves that line my apartment.’ Ease of access, for example, will be a phenomenal benefit – at least for those who can afford not only decent hardware but also quick and ubiquitous internet access.

As for the music itself, we have been changing our relationship to it since the first vinyl cylinders of Thomas Edison at the turn of the previous century. The tension has always been between convenience and quality:

On the positive side it hugely multiplies the potential audience, letting the music travel fast and far to listeners who would never have known it existed. It escalates music’s portability, as it adds one more previously stand-alone function — like clocks, cameras, calendars, newspapers, video players and games — to the omnivorous smartphone. That’s instant gratification, but with a catch: Smartphones aren’t exactly renowned for sound quality. And the MP3 compression that has made music so portable has already robbed it of some fidelity even before it reaches my earphones.

We are probably a generation away from figuring out whether the stunning convenience of cloud services like those offered by Amazon, Google, Apple, Rhapsody, etc. have gone too far away from high fidelity to be satisfying. But we are betting that freedom-of-access (and freedom from overloaded bookshelves or packed hard drives) will win out for the foreseeable future.

And that inventive programmers and entrepreneurs will find ways to keep the cloud both secure and free for those who choose to inhabit it. And what is liberty, if not the liberty to choose?

Finally, when the clouds clear this weekend, enjoy a wonderful and safe Fourth of July holiday!