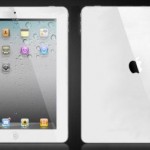 A year ago, the iPad was announced by Steve Jobs, and our earliest blog postings covered the event and the product. The iPad received a roasting for its name and a cautiously optimistic welcome from most hands-on reviewers. MKCREATIVE focused especially on how the idea of a tablet/pad/portable computing device (iPad or the many others that have followed) will reconfigure the ways we work, reach out to donors, and share our visions with our constituents.

The chatter at the moment, though, is dedicated to prognosticating what features the (inevitable) iPad 2 will have, what it will look like, when it will be announced, and whether it even can ‘change the game’ in ways the iPad did.

Reviewers/reports on such websites as Engadget and TabletPCReview are surely right that (a) a new iPad will be released soon (annual hardware upgrades and tweaks are de rigeur from Apple) and (2) the changes are likely to be incremental, not revolutionary. Engadget’s Joshua Topolsky is excited about the SD memory card slot (known to many of us as the almost-square memory card in most digital cameras), but argues that the greatest changes are inside the machine and not likely to be noted by most users after they setup their machines:

The new iPad will feature a dual GSM / CDMA chipset produced by Qualcomm and will mark Apple’s shift away from Infineon as its chipset maker to Qualcomm for all of its mobile devices. It’s not clear if the chipset being used will be based on the company’s EV-DO / HSPA Gobi variety or an entirely new design. Presumably, the strength of the new dual-mode chipset is that it will allow both Verizon and AT&T to offer the iPad simultaneously.

For the rest of us, he seems to be saying that the networking hardware in the newest iPad will allow us to use either AT&T’s or Verizon’s cellular network (our needing an account with one of them, of course), rather than our having to buy a specific iPad for a specific network.

Other likely upticks will be: dual-cameras á la iPhone 4, which will make video-chatting possible, and a higher-resolution screen (though the same size as the original), which will improve the quality of video play.

Though the sources we used here are all hedging about exactly when the new iPad will be announced, the product will certainly re-kindle the competition (and the Apple vs. Microsoft vs. Google Android debate) in the tablet market.

Nevertheless, MKCREATIVE agrees that the opportunity to choose between AT&T or Verizon networks will open up opportunities for new users who have held out from going to Apple because of their pre-existing service contracts. And that will encourage ever more people to make the move to a mobile device for their communications and outreach and news-gathering activities.

What we posted a year ago we believe bears repeating:

For the nonprofit community, the big news should not be the iPad as an object, but the iPad as a gateway to resources under-appreciated in our sector. The fact is, computing and communication technologies have been going portable and up into the ‘cloud‘. People’s attentions, and money, are going that way as well. The growing expectation is that one’s information is on-line and always available – that one’s enterprise is always reaching out to potential customers and clients with Tweets and Facebook updates. The skill is to do so strategically, not slavishly. All communication devices (smart cell phones, netbooks, iPads, whatever) are pointing in that direction already.

Not having a presence in the world of social media and not being prepared to share your mission via your portable device is tantamount to surrendering opportunities to reach out to clients, customers, donors, and those who need your services. The iPad may or may not be the perfect way for you to get to that cloud of information, but the cloud is here to stay. Those nonprofits and community action groups who move to it quickly and confidently are going to be in seventh heaven.

The Challenge: LCG Communications, a PR and marketing firm in New York City, needed to redefine it’s brand identity after a period of rapid growth and the adding of new business lines. They also needed to completely revamp their stationery, website, and communications materials. Our Solution: We interviewed the principals and employees, analyzed the organization’s […]