EXPLORE OUR WORK
You are here: Home / Archives for ios

This is a repost of an article that originally appeared on the MKCREATIVE blog in May, 2010. The business/education/PR presentation got a boost in the ’90s when Microsoft PowerPoint gave us the opportunity to turn the staid lecture (from Lectio, ‘to read’) into a multi-media extravaganza of bullet points and pie charts and popping 15-point […]

Is it a Mac? Is it a PC? It’s Virtualization! In 2014 on Tech Fridays, we looked at virtualization software that allows you to run multiple operating systems on one desktop or laptop. In a repost of the second article in this series, we covered the concept and the software packages of Parallels and VMWare. […]

It’s inevitable: You’re out of the office, armed with an iPhone or with your iPad, and prepping for a big presentation to a potential donor. You need to get to a file or access something on your computer, which – alas – is sitting on your desk back at the office. Now you’ve either got […]

With the advent of the iPhone and iPad, it’s easier than ever to get things done when out meeting potential donors or organizing fundraisers.  Depending on what you need to do, an iPhone or iPad can keep you productive on the commute to and from work or on an airplane etc.  That said, we are […]

Few companies or individuals spur a greater rumor mill than Apple or Steve Jobs. We may speculate over Sarah Palin‘s candidacy for president or Facebook’s next set of tweaks, but Apple has inspired more discussion about non-existent products and unsubstantiated reports than most anything else. And now much of that attention is focussed on the […] 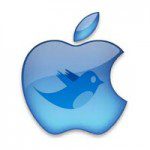 For the Apple-centric, Apple-desirers, and Apple-nutcases, a Steve Jobs keynote at the WWDC (World Wide Developers’ Conference) is worth two offered by mere mortals – even those on Cupertino’s payroll. This past week in California, Apple announced a number of features that focused on a ‘post-pc’ world (not a world without personal computers, but a […] 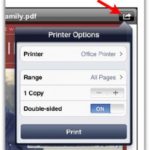 Cloud computing is going through some growing pains that are not likely to end in these hot summer months. Nevertheless, all tech-watchers argue that cloud storage of documents and software is the future of computing. Working on one’s fundraising pitch at home, synching to one’s online storage service (some of which will be reviewed next […]